Burnley suffered a second-half capitulation at Sheffield United as the Championship leaders threw away a half-time lead to be thrashed 5-2 by the Blades for just their second league loss of the season.

Vincent Kompany’s Clarets led 2-1 at half-time as Manuel Benson scored two goals gifted to him by Blades defender Jack Robinson. The left-back deflected the Burnley winger’s effort past Wes Foderingham for the opener, before gifting Benson the ball to score on the stroke of half-time after Iliman Ndiaye had leveled for the home side.

But a bizarre drop in standards from Burnley led to some comical defending and four Sheffield United goals. Oli McBurnie headed the Blades level three minutes after half-time, before Robinson went from zero to hero by prodding home from close range at a corner.

Anel Ahmedhodzic made another set-piece count by finishing high into the net, before McBurnie rolled home his second of the afternoon to move the Blades into second place for a few hours at least, three points behind beaten Burnley having played a game less than the Clarets.

How Sheffield United came from behind to win

Four of Sheffield United’s goals came from set-pieces and, despite controlling possession and looking dangerous through Benson in the early stages, Burnley never looked settled at all from corners and long throw-ins put in by Robinson. 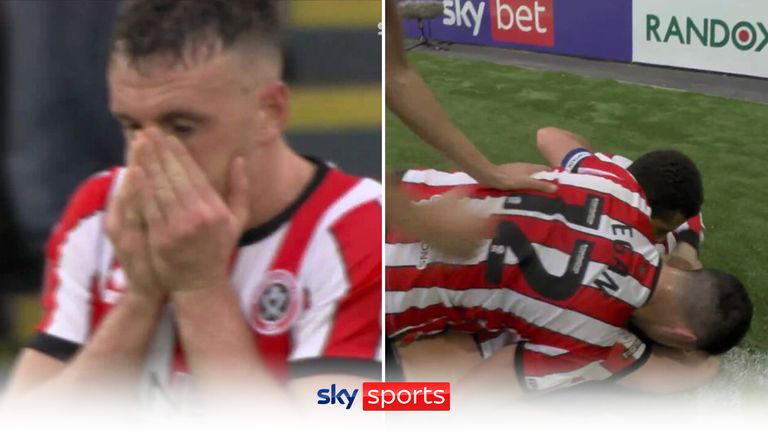 Jack Robinson had a first half to forget against Burnley, deflecting in the first goal and then giving the ball away for their second

Kompany’s side were given a warning when goalkeeper Aro Muric came on and failed to collect two deliveries into the Burnley box, with an off-the-line clearance from Nathan Tella denying one Blades effort and McBurnie heading over from a corner at the other.

But it was Burnley who edged in front after 17 minutes when Ian Maatsen crossed to the back post for Benson, whose shot was heading straight for Foderingham but Robinson’s header took it into the net.

The Clarets could have made it two as Taylor Harwood-Bellis put a free header over the bar at a corner, but it was from a set-piece at the other end where the next goal came from.

McBurnie flicked on a corner from the right into the path of Ndiaye, who prodded past Muric from close range to equalise. 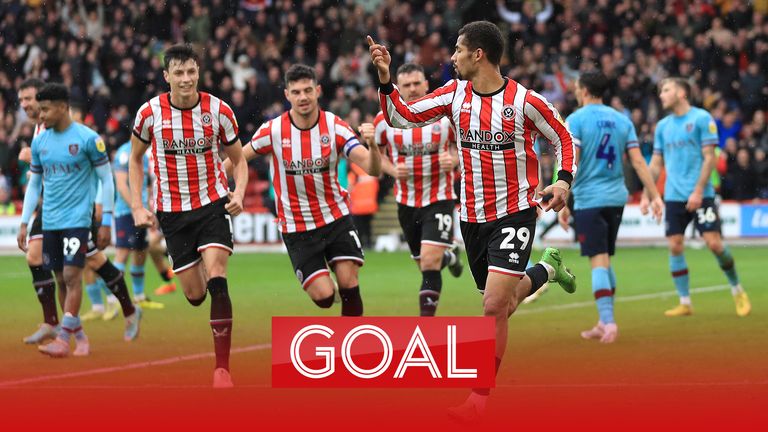 Maatsen struck the bar for Burnley almost immediately and Harwood-Bellis denied McBurnie by clearing off the line but an end-to-end encounter went the visitors’ way on the stroke of half-time.

Robinson was caught in possession by Benson as the Blades were playing out the back and the Burnley winger had the simple task of curling past Foderingham.

But Burnley were unrecognizable after the break as poor defending allowed the hosts to score three goals from set-pieces in the space of 16 bizarre minutes. The first came from a cleared long throw as Ahmedhodzic flicked on Robinson’s cross to McBurnie, who nodded in from close range just three minutes after half-time. Then Robinson made amends for his first-half horror show to finish from close range after Ahmedhodzic had struck the bar from a corner.

The game was put beyond doubt as centre-back Ahmedhodzic – who had earlier gone close again via a spectacular bicycle kick – crashed a shot high into the net, but questions remain as to whether the Bosnian defender was offside in the build-up. 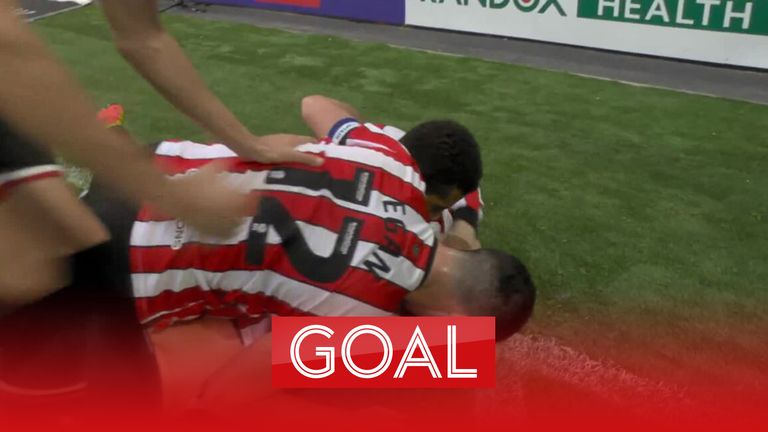 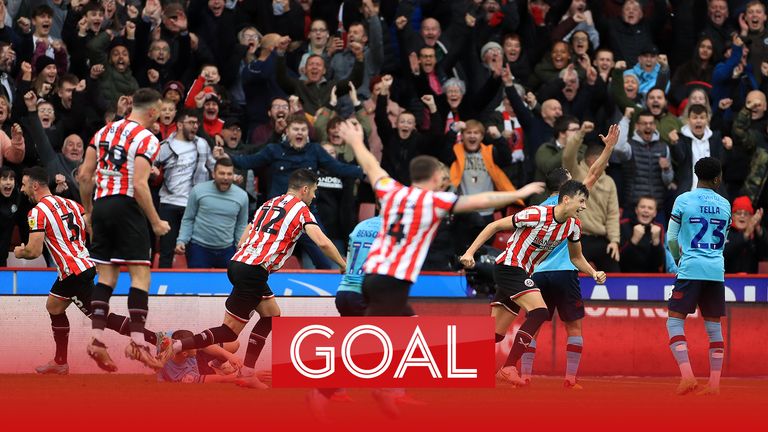 Burnley’s poor showing at the back was typified by George Baldock being allowed by Maatsen to go through on goal after Oliver Norwood’s defence-splitting pass. Muric was equal to the defender’s effort but the ball fell kindly to McBurnie to stroke home a result-sealing fifth.

Sheffield United are back in action on Tuesday night as they host Rotherham in a 7.45pm kick-off, live on Sky Sports Football Red Button and the Sky Sports app.

Burnley welcome Blackburn to Turf Moor next Sunday November 13 in the final Championship game before the World Cup. It’s live on Sky Sports Football from 12pm, with kick-off at 12.30pm. 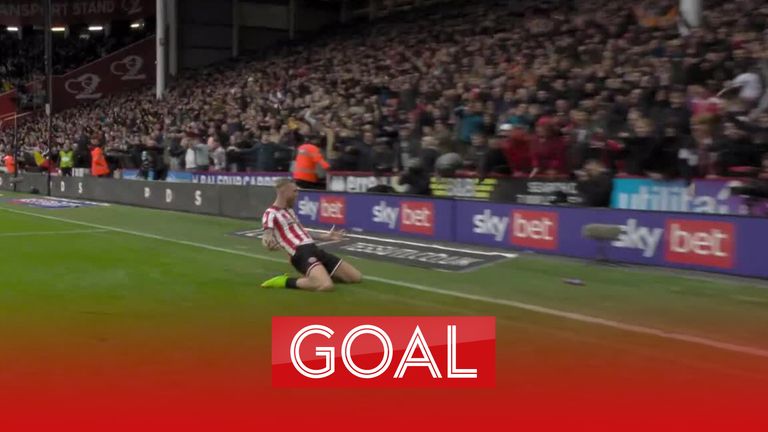 Morocco and Senegal set for last 16 encounters: Why Qatar has been Africa’s World Cup so far | Football News