Portsmouth and Derby shared the points after a drab goalless draw at Fratton Park on Friday night.

Throughout the entirety of the match, the two League One promotion hopefuls mustered just two shots on target between them, the most notable of which came after 12 minutes, when David McGoldrick rattled the crossbar for the visitors.

Craig Forsyth’s had the closest thing to a clear-cut chance on the south coast before the break, but his miss at the far post was glaring.

Danny Cowley’s Pompey have now drawn five successive matches at home for the first time since October 1974 and remain fifth in the table as a result, level on points with the sixth-placed Rams.

Should results go against them on Saturday, however, they could find themselves outside the play-off places.

David McGoldrick unleashes a shot he has no right to, but is only able to find the crossbar! 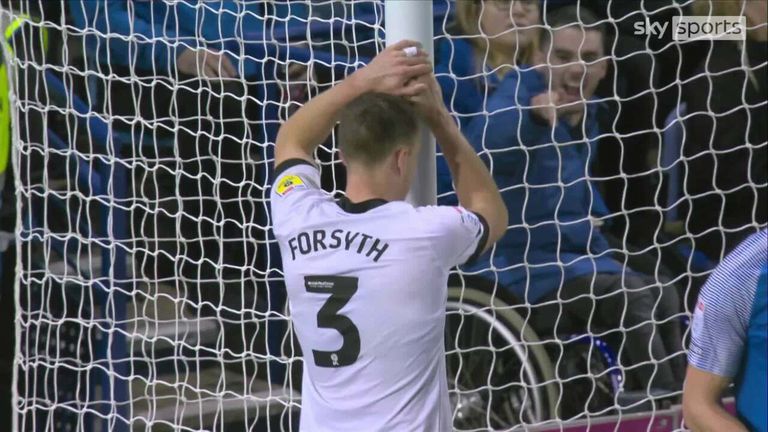 A free-kick from the right flies all the way over to Craig Forsyth at the far post, and he completely misses it!

On Tuesday November 22 at 7.45pm, Portsmouth travel to Portman Road to take on Ipswich in the Papa John’s Trophy last-32, while Derby have nine days until they face League Two Newport in the FA Cup second round on Sunday November 27 at 3.15pm .

Crab removed from the bunker! | ‘Expertly done by the caddy’