Victoria Road snatched success in the final strides of a dramatic final race on day one of the Breeders’ Cup at Keeneland.

The Aidan O’Brien-trained colt cut through a busy field in the $1m Grade One Juvenile Turf, surging forward at the same time as Charlie Appleby’s Silver Knott battled out from a boxed-in spot on the inside rail.

Silver Knott appeared to have grabbed the glory as he edged in front once he found space, but Victoria Road was flying down the outside.

The two horses tussled in the dying strides of the one-mile race, with the naked eye barely able to pick out Victoria Road and Ryan Moore crossing the line first in the tightest of finishes.

Moore said: “We were in a nice spot when the pace steadied and they weren’t going mad down the back straight.

“All the horses were in each other’s way and he managed to thread a gap.

“He’s been really progressive and has a lot of class.”

That completed a dramatic double on the night for O’Brien and Moore afterwards Meditate’s dominant display in the Juvenile Fillies Turf.

Settled at the rear of the field under Moore, the O’Brien-trained two-year-old was patiently ridden from a relatively wide draw in stall 10.

After the final bend, Moore asked the filly to go up a gear and she answered readily, sweeping past the leaders to breeze to an easy win. 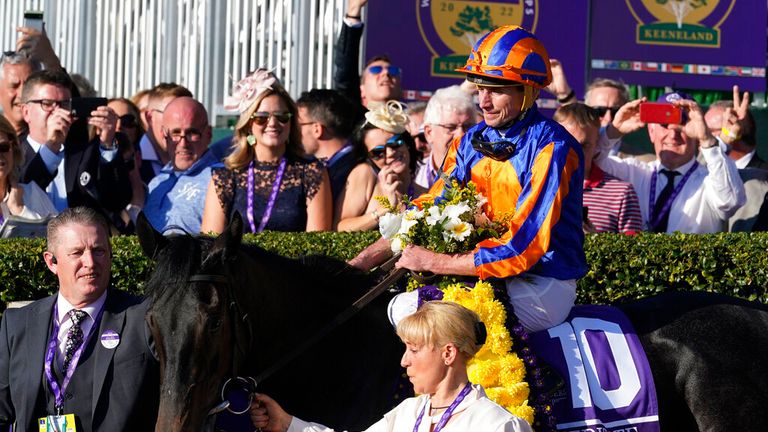 Meditate’s victory saw her price for next year’s 1000 Guineas contract, with Betfair going 8/1 from 16s, while she is a 7/1 shot with Coral.