Mahindra and Mahindra, the Indian automotive giant created a lot of buzz back in the days after acquiring Maini’s EV brand and relaunching India’s first electric car as the Mahindra e2O/ e2O Plus. Then came the eVerito, followed by concept EVs like the eXUV300 and eKUV100. While everyone thought Mahindra is all ready to slay the Indian EV industry, another homegrown automaker Tata Motors took a massive lead.

While we didn’t see any new electric car launch from Mahindra in a long time, a few days ago, the company unveiled their massive plan to launch 5 electric SUVs in coming years, all designed by Mahindra’s new design center in the UK. Before that happens, Mahindra is ready to launch the XUV400, their first ever electric SUV, which promises best-in-segment range and performance. We drove the SUV recently and here’s our Mahindra XUV400 test drive review.

The design of the Mahindra XUV400 is not unique as we have seen the same in Mahindra XUV300 and Mahindra eXUV300 showcased at 2020 Auto Expo. However, there are few visible changes, which adds a unique touch to the XUV400, including elaborate use of the Bronze elements throughout the exterior, including the new Twin Peaks logo.

Dimension wise, the Mahindra XUV400 is a mid-size SUV with 4,200 mm length, putting it in the league of Hyundai Creta and Kia Seltos. However, the XUV400 is the widest car in its segment with a width of 1812 mm, 1634 mm in height and has a wheelbase of 2600 mm, lending it a planted, muscular profile. 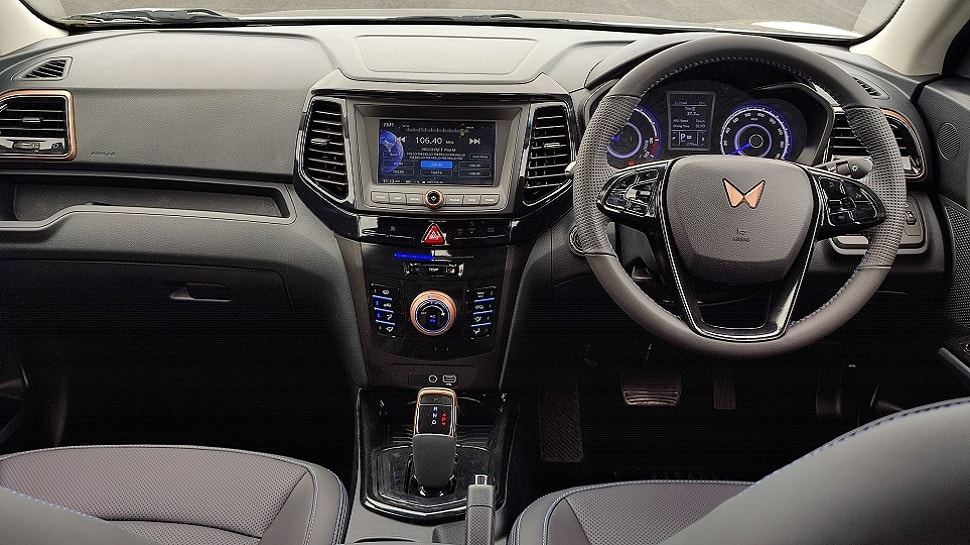 In terms of cabin design and features, I felt a little disheartened from the treatment in the Mahindra XUV400 given the fun I had driving this stonker of a vehicle. The layout is very old school with lots of buttons here and there, while the infotainment screen is not anything special.

There are features like a wide sunroof (but no panoramic sunroof), digital instrument, an auto AC among others, but a lot seems to be missing. Quality and finish wise too, there’s a lot left to be desired, but thankfully, the launch is still far, and I hope Mahindra will crease out the small issues we faced in the pre-production units. 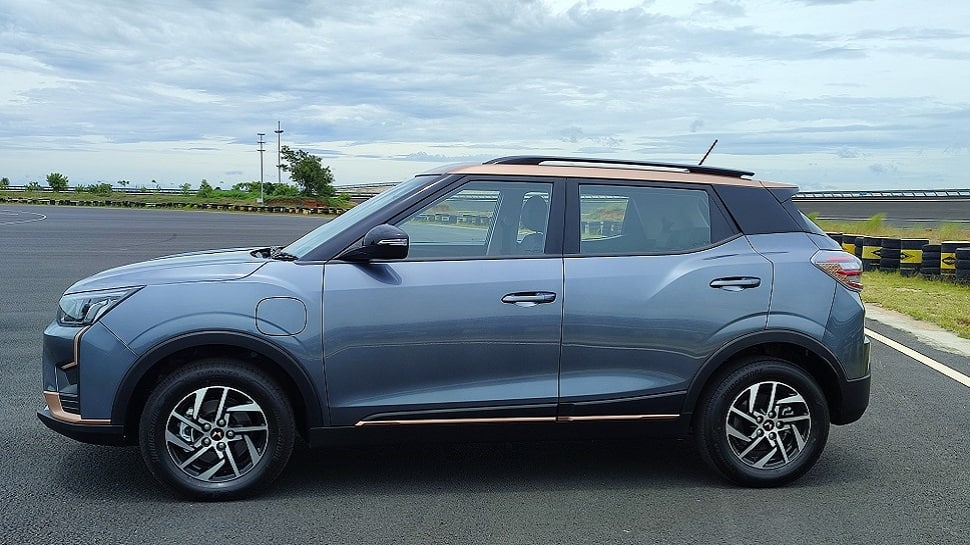 Mahindra XUV400 is an electric vehicle, and a major deal breaker in EVs is the range of the vehicle. However, that’s not the case with the XUV400. As mentioned before, the Mahindra XUV400 happens to offer the best-in-segment range of 456 km on a single charge as per the MIDC cycle, which makes it a viable option for those looking for a small electric SUV with credible mileage.

It gets a 39.4 kWh battery pack which is IP67 rated, and is waterproof and dustproof, that can be topped up to 80% in less than an hour using fast charging (50 kWh charger). Mahindra might offer a wall mounted AC charger with the SUV that can charge the battery upto 100% in 6-7 hours. 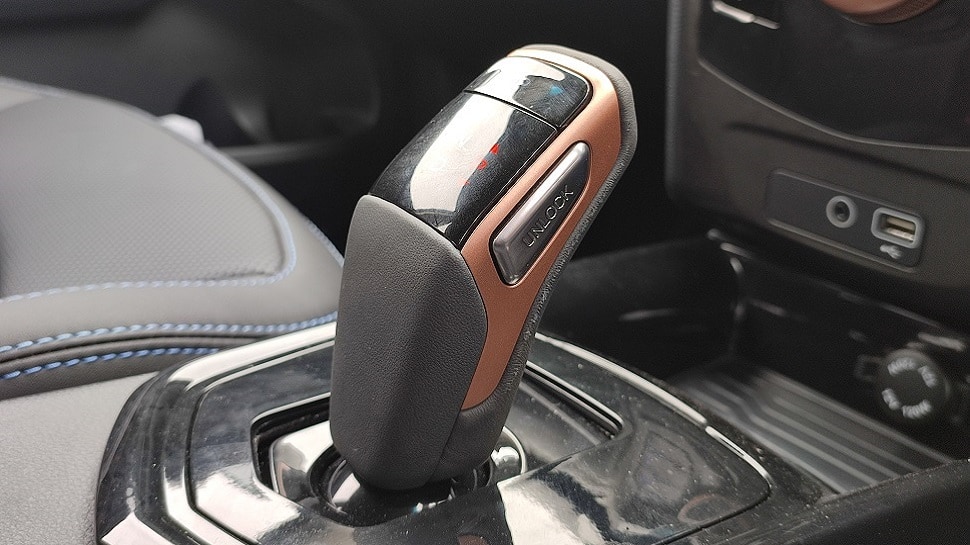 The Mahindra XUV400 happens to be the fastest made-in-India electric SUV with 0-100 kmph in just 8.6 seconds. This performance comes from a massive 147 bhp of maximum power and 310 Nm of peak torque, which is available on tap right from the moment you press the accelerator. I managed to touch three-digit speeds with very less effort and hats off to Mahindra for providing tank like stability to the SUV.

Apart from the performance, Mahindra has done an incredible job in tuning the suspension and the steering which felt balanced and refined. Just like the beautifully crafted gear lever, the gearbox is tuned to perfection as well. The auto unit also gets a unique ‘L’ mode for city driving where you don’t need to use the brakes and lifting the foot off the accelerator enables heavy recovery, that stops the vehicle. 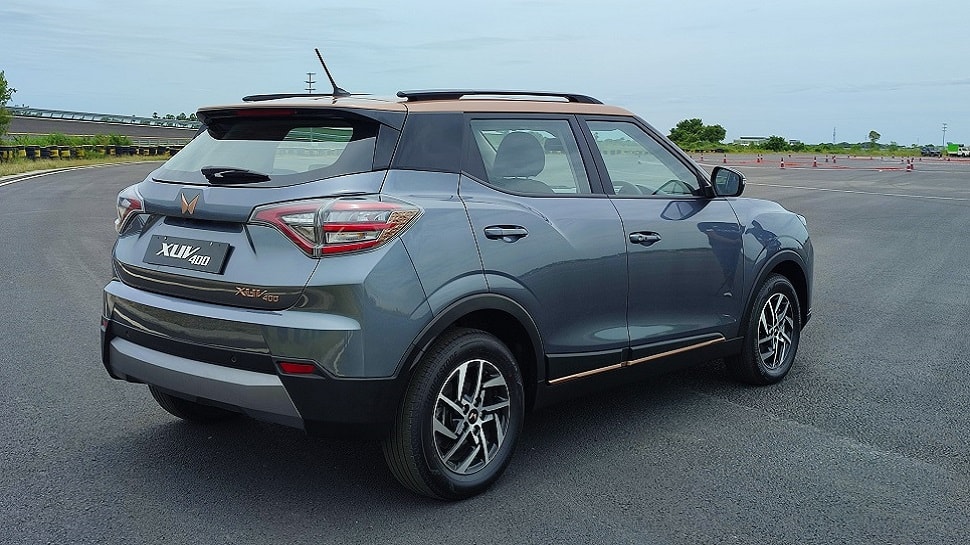 One key point to understand here is that Mahindra is marketing the XUV400 as a C-segment electric SUV, which means that the Indian automaker is targeting the MG ZS EV and Hyundai Kona EV as a competition and not the Tata Nexon EV. But given the history of the brand’s recent launches and their pricing, be it the Mahindra XUV700 or the Mahindra Scorpio-N, we are anticipating Mahindra price the XUV400 competitively and given its credentials, it turns out to be a credible electric SUV for mass buyers in India.

Kia recalls over 70,000 cars in the US over fire risk, check details here | Auto News

What Industry Experts are Saying on Govt’s Latest Move