Danny Cowley pulls up his chair and sits down at his desk. With a freshly-brewed cup of tea in hand, he catches his breath for a moment after facing the local media at Portsmouth’s training ground.

He has just been named Sky Bet League One Manager of the Month for August, after leading Pompey to their best start in five seasons and joint-best in the last decade.

His side have won six in a row, scored 17 and conceded just six, three of which came in a 3-3 opening day draw away at Sheffield Wednesday. They boast one of just five remaining unbeaten records in the top four divisions of English football.

Yet, being the modest, level-headed character he is, Cowley is in no mood to lap up the plaudits for this alone.

Speaking in an exclusive interview with Sky Sportshe says: “Firstly, the players deserve a lot of credit for the consistent way they have started the season after working incredibly hard throughout pre-season. It’s always lovely, from my perspective, to see the players achieve the rewards that their hard work deserves.

“Then there’s the team behind the team who are just so selfless in the way that they work every day. They are always putting the players first and trying to create an environment that has a really nice balance between stretching and supporting the players – and just really giving them the best opportunity of being successful.

“Thirdly – and probably most importantly – our supporters, who just have such a unique way of influencing our team’s performance. They drive the energy of the team and, as a consequence, have had such an effect on the outcome of games. We’ we are really proud to have started the season well and been able to gain the recognition.”

The award represents a marked improvement on 2021/22. At the same stage last term, Cowley’s team had 11 points after eight games and sat 12th in the table. They remained in the promotion mix for many months, but eventually missed out on the play-offs by a hefty 10 points.

There is no doubt their struggles away from home contributed significantly to sealing their fate. They won just six times and took only 28 points from 23 games on their travels.

Even though he has seen his troops collect more than a third of that total in just four games (W3 D1) Cowley is frank in his response when he is asked whether that will be a deciding factor again this year.

“Whenever you look at the teams at the top of the league at the end of the season, I think it’s the away form that, ultimately, defines whether you get in the automatic promotion positions, the play-off positions or whether you just miss out,” he says. “I do think the away form can be a definer.

“We have made a good start away from home. We had a really tough start away at Sheffield Wednesday – there’s no tougher place in the division to go than Hillsborough – so to put a really resilient performance together there was good. Then, we have been able to build on that with a really good win at Cheltenham and good wins against Port Vale and Burton.

“We’ve worked hard on trying to influence our away performances; it is your away performances that, ultimately, define the success of the team. We’ve got some good characters in the group and real resilience and determination about us as a team and these are important qualities when you travel away.”

They have an identical record at Fratton Park, too.

The scintillating start has seen average home attendances increase significantly on last term, despite the fact that there is currently a slightly reduced capacity at Fratton Park due to ongoing redevelopment work thought to be costing the club in the region of £11.5m.

“I think our connection with the supporters has grown and, like all human relationships, that takes time. In the last 15 games, we’ve been able to win 12 and draw three at home, so we are enjoying playing there.

“It never feels like 11v11 when our supporters are right behind us. This season, we have gone behind against Cambridge and Peterborough, and they have just stayed with the players and the players, as a consequence, have been able to retain their belief to stay on method and that has really helped us to find our way back into games.

“We know how much the club means to so many people and it’s wonderful to wake up every morning and know you are doing a job that has such an impact on people’s lives. It is just a privilege and we are enjoying working at this brilliant club .”

Another source of optimism is the composition of the squad he and Nicky – his brother and assistant – have assembled on the south coast. It has the seemingly optimal blend of youth and experience, with some of the more senior players having made a great number of appearances in divisions above League One.

“We have 12 players that are 21 and under in the squad and 10 of them are our own, so that gives us a real energy and enthusiasm every day in training, which is just fantastic for us as coaches, young players that want to develop and improve,” Cowley says.

“We have also got some really good senior players: Michael Morrison, Marlon Pack, Clark Robertson, Sean Raggett, Joe Rafferty, Conor Ogilvie. They are senior players that are a really good influence on the younger players, so there’s a nice balance in the group.

“There’s a good feeling. I’ve been lucky enough to have six promotions in my managerial career and the togetherness of the group has always been an attribute that all of those teams have carried. I think we’ve got a lot of good people and when you put likeminded people together in a changing room, normally you can achieve good things.”

One of those young players is Dane Scarlett, an 18-year-old striker on a season-long loan from Tottenham, who has appeared on 11 occasions in all competitions for Pompey this term, scoring four goals and assisting another.

Before his arrival, he had made just 10 senior appearances, but scored a remarkable 12 goals in 14 caps for England U19s.

“Dane is a fantastic young player. He has an unbelievable level of competence and as a consequence, has a real confidence in himself, and rightly so.

“I always think, with young players, however talented they are, they must make sure their work ethic matches their talent. Then if they can do that, they will achieve the potential that their talent deserves.

“Dane has to work exceptionally hard as a consequence of where his talent is at, but the fact that he loves the game and has such a desire to want to improve on a daily basis is great to see and it’s a privilege for Nicky and I to wake up every morning and work with a player of his quality.”

The 43-year-old is not getting ahead of himself – it would be careless for him – or anyone else, for that matter – to do so, even with just shy of 20 percent of the regular season fixtures done and dusted. 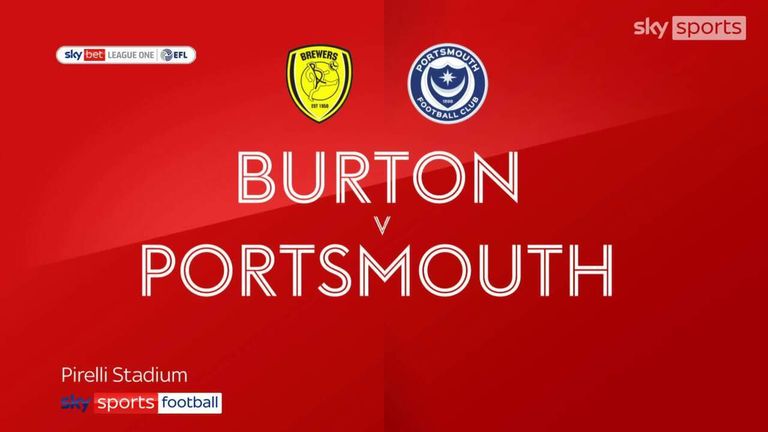 He is, however, naturally, encouraged by what he has seen, and, at the same time, grateful for precious time between fixtures to reflect on the lessons learned.

“We are really respectful that it is very early in the season and of the league and how many big clubs there are. The games came so thick and fast in August – we played Saturday-Tuesday throughout – and when you’re in a good run of form and the players are confident, then you can’t wait for the next game.

“This is always good when you are able to get ahead of steam and our ambition is to try and stay unbeaten for as long as we can.

“We’re a very new group; even last week it was great just to get back on the grass and have a full week of preparation. I think we learned a lot from that opening run of games and last week was about prioritizing the learning.

“We have been looking at ways we can try and improve our performance in possession and out of possession, trying to keep developing the players, understanding and building the partnerships and relationships within the team.

“We’re certainly enjoying the process. For us, it’s important not to get too caught up with the outcome; we’re always trying to stay really process-driven and the better we do, the harder we work. We try to live with that mantra and see where it takes us.”

With that, he polishes off the last drop of tea, gets to his feet and exits the room, really to attack the next challenge head-on.