Premier League club bosses will meet on Wednesday to discuss fundamental reform of the financial structure of the English Football League – but there is a widespread determination that some form of parachute payment for relegated clubs will remain.

The proposals are titled “A New Deal for Football” after thorough discussions throughout the football pyramid since the start of the coronavirus pandemic have so far failed to reach an agreement.

Sky Sports News has been told that while many Championship clubs want to scrap parachute payments entirely, they are almost certain to be retained by the Premier League, as there is a strong desire to maintain a financial lifeline for those dropping out of the top division.

FREE TO WATCH: Highlights from Manchester City’s win against West Ham in the Premier League

The staged payments are one of a number of key financial issues being debated, alongside plans to filter more money to the lower leagues – particularly Leagues One and Two.

It is only once a vote has taken place on the final proposals that the Premier League will then have a mandate to put to the EFL. No such vote is planned for Wednesday.

With pressure from the UK Government for more money to be shared throughout football, Premier League clubs are keen to quickly now reach an agreement on the issue.

The Government is due to publish a White Paper later this summer on the issue of funding in football. Central to that is the idea of ​​an independent regulator – something the Premier League has consistently opposed.

Following last autumn’s Fan Led Review authored by Tracey Crouch, Sports Minister Nigel Huddlestone said in April: “It is clear that radical change is needed to protect the future of our national game.

“Premier League and Championship clubs are now regularly exceeding UEFA’s guidance on spending no more than 70 per cent of club revenue on wages, leading to weak balance sheets across the industry that would be unacceptable in any other field.”

The EFL Chairman, Rick Parry, has been a long-time advocate of scrapping parachute payments. A recent survey carried out by Fair Game showed that Sheffield United, West Brom, Fulham and Bournemouth were given £39m last season in “solidarity” payments, compared to £4.8m for most of the other Championship clubs. 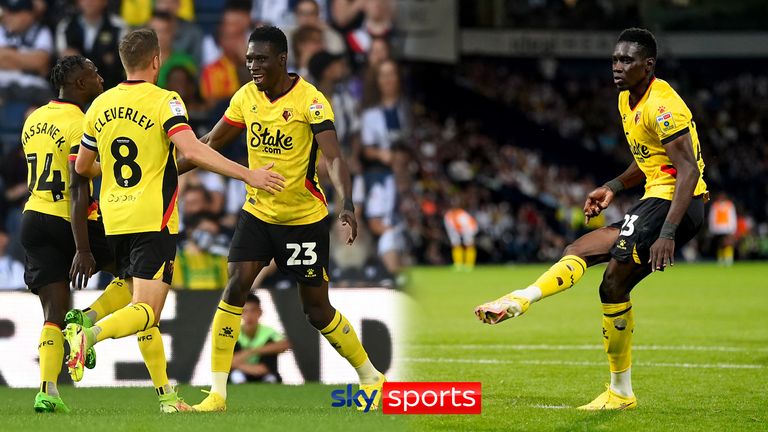 Ismaila Sarr played a key role in Watford’s 1-1 draw with West Brom, having a moment to remember and a moment to forget

“It stinks to be that close”