Trains were set afire, public and police vehicles attacked and personnel injured as protests over ‘Agnipath’ snowballed and swept across several states on Thursday. As the violence spiralled, the government raised the upper age limit to 23 years from 21 years for recruitment under the scheme for the year 2022, without making a reference to the turmoil. LIVE UPDATES

But the government also issued a clarification, asserting that the new model will not only bring in fresh capabilities to the armed forces but also open up avenues for youth in the private sector and help them become entrepreneurs with the aid of the severence package they will be entitled to on retirement. News18 looks at some of the ‘Myths’ vs ‘Facts’ issued by the deli information wing amid the developments:

‘Agniveers’ who have retired from active duty and want to start their own businesses will be given financial assistance in the form of a package. They can also seek a bank loan.

Those who wish to continue their education will be given a certificate stating that they passed the Class 12 exam (it is unclear if such certificates will be issued even to those who have not actually passed the exam). They can also take a bridging course to help them with their future studies.

Those seeking employment after serving as a ‘Agniveer’ will be given priority in CAPFs and state police forces, according to the chief ministers of Uttar Pradesh and Uttarakhand (both BJP-ruled states). The government has stated that opportunities for youth to serve in the armed forces will increase. In comparison to current armed forces recruitment, the recruitment of ‘Agniveers’ is expected to triple in the coming years. 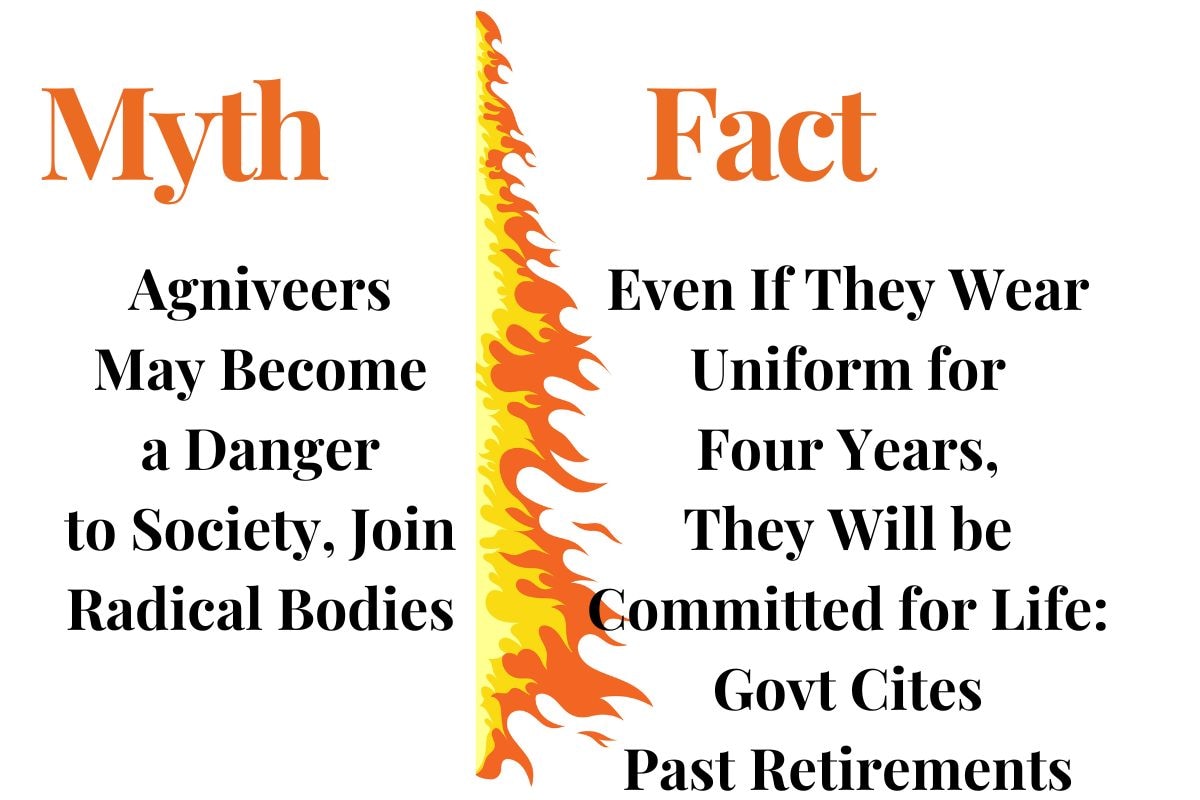 This has been dismissed as an insult to the Indian armed forces’ ethos and values. According to the government, young people who wear the uniform for four years will be committed to the country for the rest of their lives.

“Even now, thousands of people retire from the armed forces with skills and knowledge, but there have been no reports of them joining anti-national forces,” government officials said, according to reports. 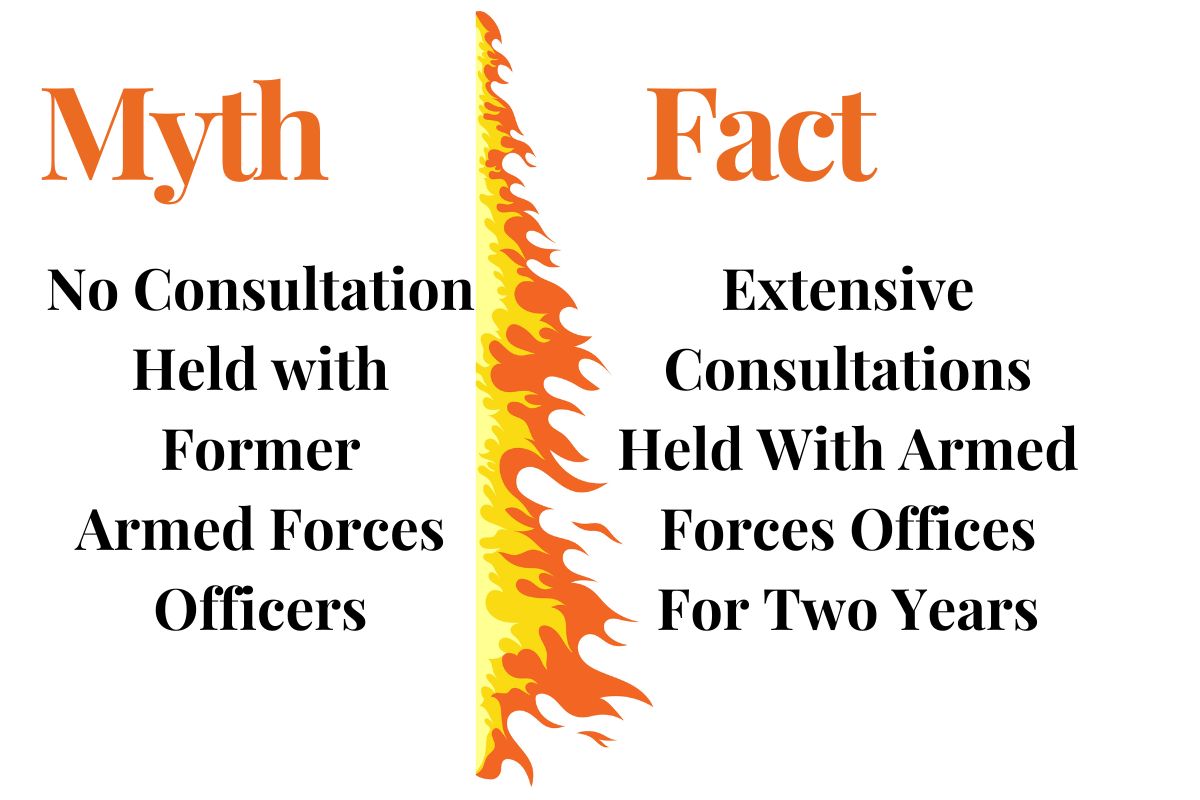 The government stated that extensive consultations with serving armed forces officers have taken place over the last two years. According to the report, the plan was developed by the Department of Military Officers, which staffs military offices. This government established the department, and many former officers recognized the benefits of the scheme and welcomed it. According to the government, such short-term recruitment plans exist in most countries and are a tried-and-true practice for a young and agile army. “The number of ‘Agniveers’ to be recruited in the first year will only make up 3% of the armed forces,” according to sources.

In addition, ‘Agniveers’ performance will be evaluated before re-enlistment in the army after four years. This is done to ensure that the army only hires the most qualified people for supervisory positions. 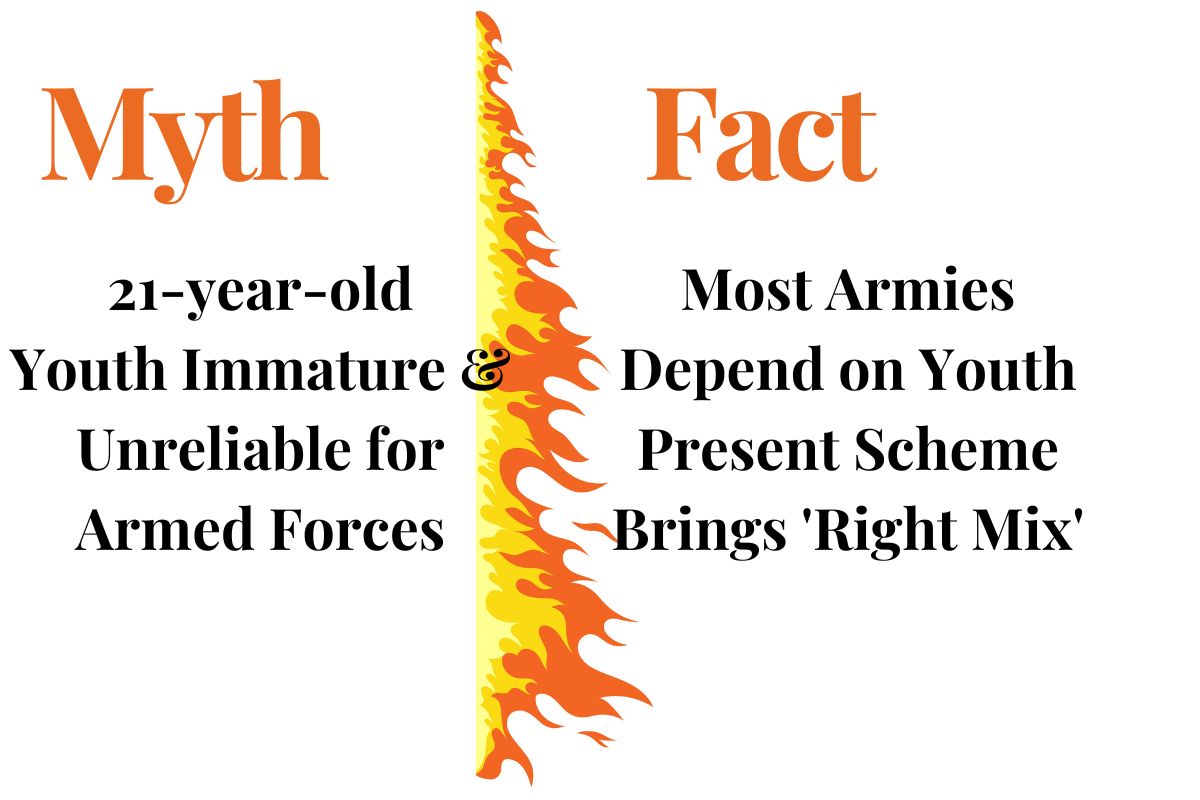 The government has stated that most armies rely on youth. “There will never be more young people than experienced people. The current scheme will only result in a 50-50 mix of young and experienced supervisory ranks, ”reports quoted sources as saying.