“You don’t even know me, baby,” sings Sandflower in the chorus of “Quicksand,” but as the music video for the Brooklyn-based songstress’s track with alt-punk band UNSTOPPABLE DEATH MACHINESit’s hard not to want to know her. As Sandflower stalks around the rooftops, she exudes coolness. She’s “slaying dragons with swag like it was Camelot,” as if she’s the Lady in the Lake who needs no Arthur to wield her own Excalibur. The video establishes that Sandflower is a different caliber of music star, one who thrives among contradictions, like the one that closes out the track. “Isn’t it ironic that we can never be platonic / because I’m slipping through your hands like a girl made of quicksand.”

The metaphor is more than a killer closer. “‘Slipping through your hands like a girl made of quicksand’ means you can’t fathom me no matter how hard you try,” Sandflower tells HollywoodLife. “I’m more than you can even imagine. It’s like you can throw whatever you want at me, but I shapeshift and turn a loss into a win. I can turn a heartbreak into a new beginning. As soon as you think you’ve got me figured out, I’ll find a new dimension of my personality, my music, my dreams, that may shatter everything you thought you knew. ”

The video, directed by Ambrose Eng and edited by Terence Williams, completes Sandflower’s comeback following a year of creative gestation. After ducking the pandemic years to focus on refining her sound, Sandflower finds the music landscape is ready for a genre-defying artist like her. Born in Brooklyn and living in Manhattan, Sandflower grew up in a small bedroom above the historic CBGBs, doing her homework and studying for school while rock and roll unfurled below her window. 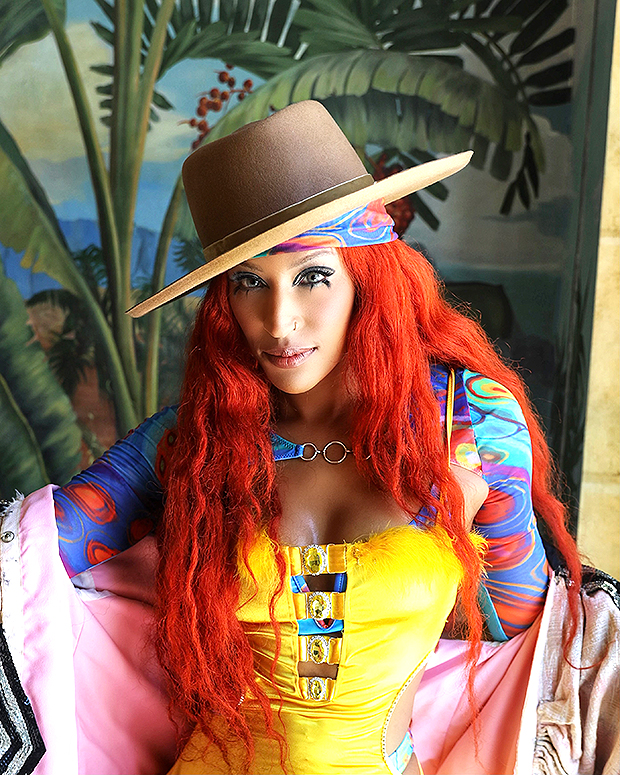 This conflict – of Sandflower’s mother working hard to pay for her private schooling while the rock underground seeped through the cracks outside her bedroom window – influenced her musical style. It also inspired her to seek out unconventional sources of inspiration, as Sandflower cites Salvador Dali and Allen Ginsberg as stars in her navigating constellation along with Cindy Sherman and Jimi Hendrix. That sound, and the works she’s put in during the past years, will shine bright on her new album, The Quantum Seed, due out later this year. If you don’t know Sandflower by then, that’s on you.

Johnny Depp Is Father Of Woman’s Baby, She Claims At His Trial – Hollywood Life