Jimuel Pacquiao, ‘PacMan’s eldest son, showed glimpses of improvement as he landed cleaner shots and moved much better against his taller opponent. He now has an unblemished 3-0 amateur record. The win came just a little over a week after scoring a unanimous decision win against Johnathan Barajas for his second amateur victory.

After going 3-0, the 21-year-old Filipino celebrated with his camp and took photos with fans in attendance.

In a chance interview, he acknowledged that he could have done a much better job in the fight. Nonetheless, he said he will continue to work hard and get better as his career progresses:

Check out the full interview of Manny Pacquiao’s son with FightHype.com:

Jimuel Pacquiao has expressed and shown eagerness in following his father’s footsteps as a boxing champion.

The young Pacquiao has been in the US training at the Wildcard Gym, the same stable where his legendary father did most of his training as a professional boxer.

Initially, Manny, boxing’s only eight-division world champion, and his wife Jinkee, wanted their eldest son to focus on studies instead of pursuing a career in boxing. However, upon witnessing their son’s determination in boxing, the couple seem to have conceded and are now very supportive of their son’s passion. Both of them would occasionally share videos and photos on their social media pages of their son’s boxing journey.

The biggest challenge for Jimuel now is to cast his own shadow. He seems to be starting on good footing with a 3-0 win-loss card as an amateur. 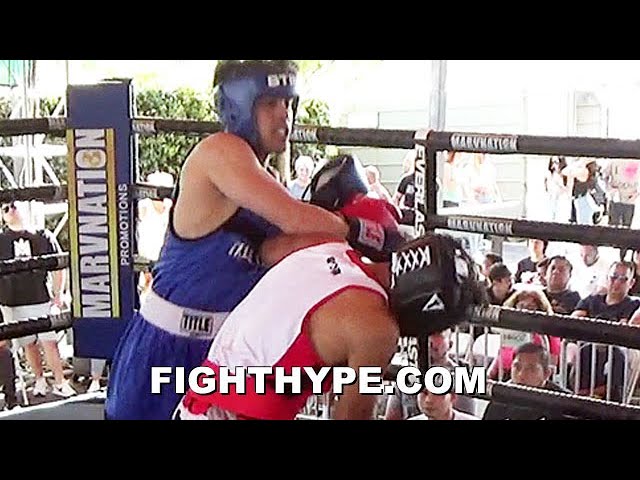